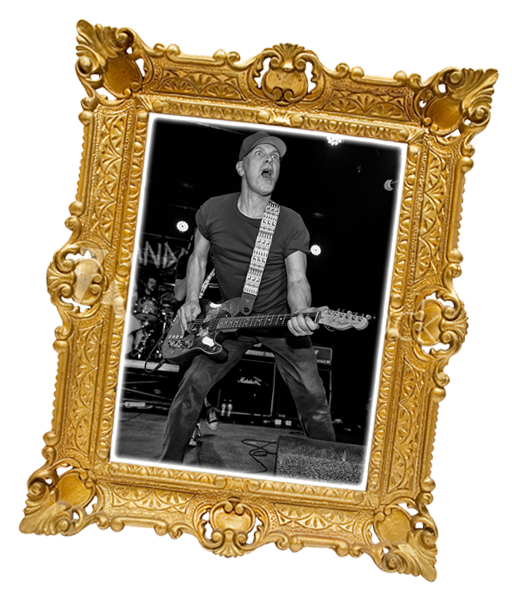 Warren Fitzgerald is the guitarist for The Vandals. He has also played with Tenacious D and was a member of Oingo Boingo, performing on their final studio album and live album. He also played guitar with The Offspring on their 2008 tour.

Apart from performing as a live instrumentalist, Fitzgerald has worked as a producer, composer and songwriter, having worked with a wide range of musicians.  Fitzgerald produced Jughead’s Revenge‘s 1996 album Image Is Everything. He is credited as a songwriter on the School of Rock soundtrack. He also provided string arrangements for the Alkaline Trio album Crimson and contributed guitar work to the Team America: World Police soundtrack.

As of 2012, Fitzgerald is credited as a writer and composer on The Hub cable series The Aquabats! Super Show!, including a co-composing credit for the series’ theme song and several onscreen appearances playing a hobo. In August 2017, Fitzgerald played guitar for Avenged Sevenfold‘s latest song, Runaway.

Outside of his music, Fitzgerald finds work as both an artist and a writer.  Warren has been a painter for most his life and as he states “I think of the worst and most bizarre things possible and put them on canvas for everyone’s eyeballs to witness….enjoy.”