A master of hand carved collage Winston has been crafting his thought provoking art since the 1970’s. After being abroad for nearly seven years, Winston returned to America in 1976 and was astonished by the complacency of the American public exhibited by the predominate role of corporate enterprise. He took notice of the safe and “happy” icons of 1940’s and 1950’s magazine ads and created politically charged works of art that challenge the viewer to confront the incongruities and political paradoxes of modern society. Not long after, his collaborations with punk legends The Dead Kennedys became widely known and his art beloved for its humour and social commentary. His album covers, inserts and flyers for the band served as a beacon for burgeoning political artists and culture critics.

His technique of cutting out by hand and gluing each individual element has inspired and generation of artists. In 1981, his political shock piece, Idol (originally conceived in 1977) brazenly adorned the Dead Kennedys album “In God We Trust, Inc.” That album, banned in England and condemned by the American religious right, landed Smith and The Dead Kennedys a permanent spot in the punk culture “Hall of Shame.” Even more infamously, the “DK” logo smith designed for the band remains the international symbol of protest against authoritarianism, and has been carved on school desks and park benches, spray-painted on walls, immortalized in sidewalk cement and tattooed on skin all over the world since it’s conception since 1980. Smith is also famous for the Alternative Tentacles logo for frontman Jello Biafra’s record label. The visual left hooks that Smith threw into the underground punk scene in the 1970’s and ‘80s have since impacted a much wider audience world wide. He has designed over 50 album covers for such bands and cultural icons as Green Day, Ben Harper, George Carlin, Burning Brides and many more.
More info: WinstonSmith.com
instagram: @winstonsmithart 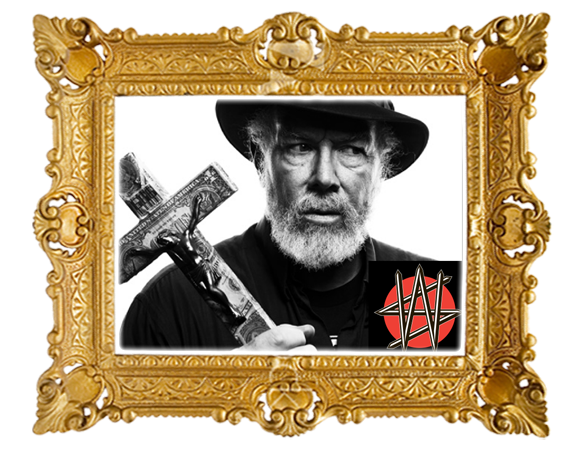 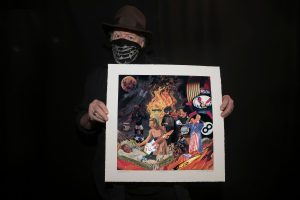 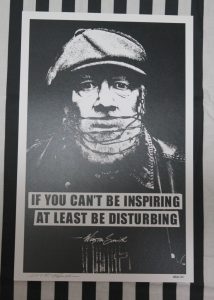 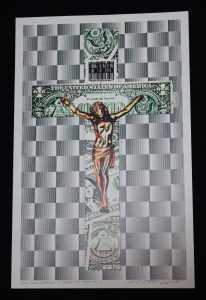 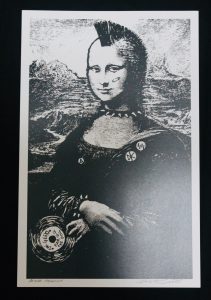 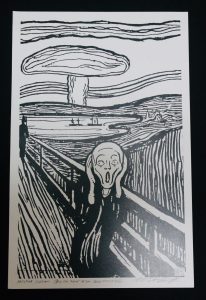 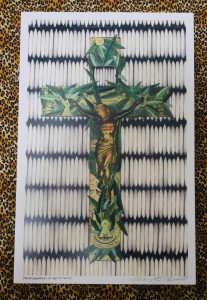 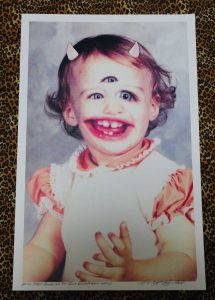 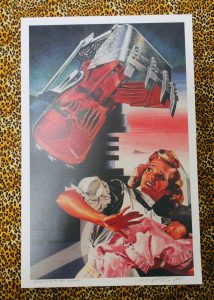